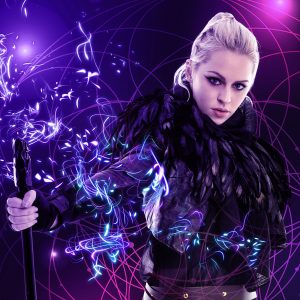 “I’m bored,” I whine as the members of the Rune Protectorate lounge around the living room and surrounding environs of Freddie’s New York brownstone.

Freddie is sprawled over the couch–and Alex by default–with a WeedPop sticking out of his mouth. Alex sits beside him doing Jedi mind tricks, which are actual tricks. I can tell because the gems embedded in his top hat glow. Darryl Donovan assembles a hydroponic rig for growing fresh vegetables in the kitchen. Huginn tests out the new wheels Freddie installed on his battle armor, zooming around the hall parquet, cackling as he goes. Wiggles and Sparky are passed out on Freddie’s chest and legs, respectively, both sporting catnip hangovers. (I gave them the ‘nip to get them off Huginn’s back. Those cats can be vicious!) And a sweat-slicked Gunnar Magnusson is trying to kill me with those infernal push-ups he always does. I still maintain he’s humping the floor, but whatevs. Humping the floor or tightening the abs makes no difference to me, as long as he keeps doing it.

“Yeah. We know,” Darryl Donovan pitches over his shoulder as he twists a screwdriver to tighten a bolt. “You’ve only said you’re bored 625 times today. So far.”

“My mind is active, Darryl Donovan. Without proper stimulation, I might die,” I say, throwing an arm dramatically across my eyes. On thinking about that last word, I quickly check my phone for the date. Wednesday. Whew! I didn’t even notice yesterday was Tuesday. Thank the Norns for small favors. #LiveEveryDayLikeItsTuesday

Gunnar Magnusson hits pause on the hump routine and sits up, flipping his sweaty blond locks out of his face. How he does those pushups a hundred times a pop, twice a day, every day, I have no idea. Color me impressed. And thirsty as Hel.

He dusts his hands off. “You should try exercise. It does wonders for your mental and physical health.”

“I second that,” Darryl Donovan chimes in.

“I’ve got some exercise I’d like to do,” Sannleikur, my cursed truth rune stave, forces me to say.

Gunnar Magnusson’s cheeks redden. I love making him blush, even when it’s unintentional.

“Get after it, already,” Freddie says.

“For real, though,” Wiggles adds.

“Stick it to her, Gunnar!” Sparky says groggily.

I ignore them. “I wish I could trade bodies with Huginn. Look at him, wheeling around the place, evading the cats–well, if the cats were coherent, he’d be evading them. That has to be good exercise, right?”

“Roller skates,” Alex muses, shaking three glowing spheres from his sleeve. He tosses them into the air and juggles.

“What is ‘roller skates’?” I ask, fascinated by the balls as they defy gravity, each producing different hang time in the air, thanks to Alex’s magic.

“Yes! Brilliant!” Freddie says, bolting up from the couch. He lifts his index finger. “Be right back.”

“You’re going to love this, Loki,” Gunnar Magnusson says with a grin.

Freddie trots off and returns a few minutes later, his arms laden with shoes. Wait. Not exactly shoes, but shoes with … wheels? He distributes the wheeled footwear to everyone. “Not sure I have everyone’s size, but try them on. I used to host skating raves on the patio and accumulated a collection of skates.”

I snatch the smallest pair and wiggle my toes into the weird boots. “What is the thing at the top?”

“That’s your brake,” Freddie says as he plops on the sofa to don his pair, which are covered in silver sequins. I pout. I want silver sequins. My skate shoes are dingly white and ugly and scuffed. I’m definitely blinging these bitches up.

Freddie unlocks his phone and activates his ’80s playlist. A Duran Duran song pumps through the speakers hanging from the ceiling.

I follow the boys’ leads as they wind and tie their laces. Freddie walks awkwardly across the carpet until he reaches the kitchen, where he rolls onto the hard floor and twirls in a perfectly executed spin. My eyes widen, and I get up to follow. Unused to the weight of wheels on my shoes, I promptly trip and splatter. Thankfully, the carpet cushions some of the blow. Darryl Donovan laughs at my peril. I (wisely) keep my smart-arse retort to myself as Gunnar Magnusson offers me a hand up.

Alex and Darryl Donovan follow Freddie into the kitchen, and soon, our eating place has become a haven for shaking butts and wheeled stunts.

“I want to do that.” I point to Freddie, who’s skating backward around the island, working his feet with ease as he evades our friends.

“You have to take it slow,” Gunnar Magnusson warns. “There’s a learning curve to this. Follow me.”

He scoots off toward the others, dodging Huginn, who leaves a trail of feathers in his wake. Gunnar Magnusson’s butt has my full attention, so it’s not much of a surprise when I wipe out again, this time lurching into his back, pushing him forward, and falling on top of him. My nose presses into the butt I was ogling seconds before. It twitches as laughter takes hold of him. I was right about how tight it is.

“I’m not sorry,” Sannleikur says on my behalf into his butt crack.

Maybe I’m a pervert, but that crash was totally worth it.