Today, I have a special guest. Amanda Fleet is an urban fantasy author with several published titles. Below is my interview with her. Be sure to check out her books and give her a follow or three on your favorite social media sites.

Which of your books do you wish more people would read? What’s special about it? 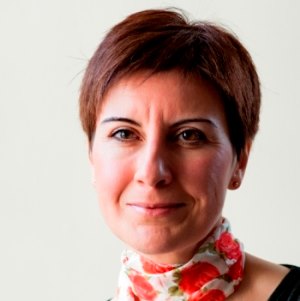 I wish people would read all of my books more, but I suppose of all of them, I’d like people to read The Wrong Kind of Clouds*. It was the first book I got published, and it features Malawi – a country that is very dear to my heart – in one of the strands. It also features someone with synaesthesia, who sees emotions as colours. She’s trying to find out why someone has abducted her ex, and in doing so, uncovers a lot of things about him that she’d never known. It was the first book that got released into the wild, though I’d written two books before it (not currently published).

Tell us about your latest book and why you wrote it.

The very latest book is “War” which is the final part of an urban fantasy trilogy. It perhaps makes more sense to say why I wrote the trilogy, rather than just why I finished it. 😊

I’ve been interested in ‘people being in the wrong place’ for a long time and the story emerged from that, really. But I also wanted to write something with a strong female main character, energy-stealing demons, warriors, and parallel worlds, all of which appear in the trilogy.

The second and third books also look at Earth from an external position and find it utterly perplexing and inhumane. It was interesting to explore that too, as I find the vast majority of the world inhumane and hard to fathom. Why is half the world obese and the other half starving? Why isn’t a day’s work worth the same, regardless of the job? Why do we pay cleaners and carers a tiny fraction of what we pay CEOs? Isn’t their job important? One of the characters tries to explain it all to another, and fails miserably!

Who’s your favorite character you’ve ever written and why?

Ooh, that’s tricky. It’s actually a fine line between Finn – the main character’s partner in “Aegyir Rises” and Faran – one of the characters in “Aeron Returns” and “War”. Finn is great. He’s a real ‘bloke’ and his heart is in the right place, even if he doesn’t always do the right thing. I love Faran because he can be so grumpy about things! But he’s also a very strong character and lots of him reminds me of my husband!

How do you get yourself in the mood to write?

What’s the hardest thing about being a writer?

Marketing! When you write, you’re on your own or living inside your own head for long periods of time. Then you need to do marketing and your brain has to shift from talking to yourself in a fairly insular/introverted way, to an extroverted ‘Look at me!! Look at my book!’. I find the shift quite difficult.

Do you include “Easter eggs” in your books that link to your other works? Tell us about them.

No, not really, though maybe I might start! The first two books I had published were two standalone crime/thrillers and I’ve since shifted to urban fantasy. This is the first time I’ve written a series. Up until this set of books, I had no idea what I was going to write next, so there weren’t really any possibilities for Easter Eggs. And to be honest, even now, although I know what I’ll write for the next 2 books, I don’t know if I’ll be able to hide Easter Eggs in them.

Do you exercise? If so, tell us about your routine.

I run, and I’m a keen walker. I try (injuries permitting) to run ~3 times per week, and walk on most of the other days. The walks are a shortish (2 mile) route around the village. The runs vary in length, with the weekend run a long one. The other two are a ‘tempo’ run, and an intervals one (though I really hate intervals running, so they don’t always happen and could just be a steady pace!). My husband and I always go on walking holidays. 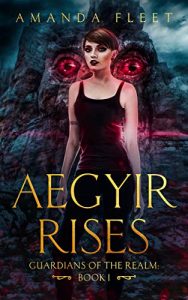 The world as we know it is about to be destroyed.

Something old—something evil—is about to be released. Something that can kill you by ripping all of your energy out.

Who believes Reagan Bennett is an old enemy, and is out to destroy her.

All of her life, Reagan has dreamed of living in another place—The Realm. Can these dreams really be memories? If so, who is Reagan Bennett?

You can pick up Amanda’s book AEGYIR at the following retailers:

*Affiliate links are used on this page