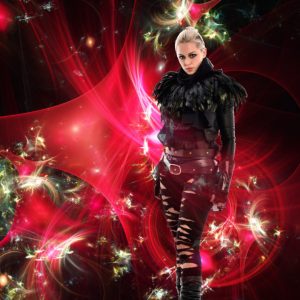 “What do you mean, we have to stay indoors and not have contact with the outside world for two weeks?” I ask as Gunnar Magnusson stares at the newscaster yammering about Corona beer. Or something.

“I mean we’re stuck here for a while. We’ll just have to make the best of it,” he replies, his fair brow furrowed. He looks cute when he’s full of consternation and broodiness.

A vein throbs in the ridge between his eyes, calling to me. ‘Loki,’ it whispers. ‘I triple-dog dare you to lick me.’

I’ve only just discovered the formidability of the triple-dog dare. The cats—Wiggles and Sparky—explained it when they triple-dog dared me to chug the dregs from a milk carton whose expiration date read January 3, 2020. That’s when the full impact of triple-dog dares hit me. In more ways than one. Because I totally drank that milk—if one could still call it milk—and paid for it instantly. Painfully. Regretfully.

Maybe it should be called the triple-cat dare. I think that sounds far more imposing than anything a dog could do. Cats are wild-arse heathens. I sort of love them in a twisted I-hate-you kind of way.

“You can’t keep a good god down,” I declare, jumping on the couch and wielding Huginn the chicken like a weapon. Huginn’s claws could rip a man’s throat out, but he’s controlled. For now. #BattleChicken

“Squark! Put me down, you fool,” Huginn clucks. A couple feathers drift from his sketchy plumage.

“We gods gotta stick together,” I protest and set him on the floor. Sparky and Wiggles lift their eyebrows and lick their lips.

“Neither of you is a god anymore,” Freddie snarks from the couch. His eyes are bloodshot. He’s watching the TV with distracted interest and munching popcorn from a huge bowl. Alex the magician sits beside him, gnoshing bubbly-looking white bits too.

“Which is why you should heed the quarantine, Loki. Because death is definitely not your color. Aren’t you guys worried about this virus?” Gunnar Magnusson asks the rest of us, incredulous.

“Are you kidding me?” Freddie says. “Fourteen days locked up with you asshats? These oughta be the best two weeks ever.”

“We’ll need to stock up on supplies,” Alex says, shuffling a deck of playing cards from out of nowhere.

“That’s what Amazon’s for,” Freddie replies.

“What are you planning to do about food?” Alex asks.

“The kitchen is fully stocked with gobs of canned goods,” Freddie replies. “We’ll be fine.”

I leap off the couch and dart into the kitchen. “I don’t see any goats in here,” I fire over my shoulder. “If you’d listened to me and rounded up that herd we saw on our road trip to Vegas, we’d be set for at least three days. But nooooo. Freddie was afraid of getting goat guts on his precious van.”

Now, that’s one animal I haven’t screwed. Get your mind out of the gutter. I used to be a shapeshifter, back when I had powers and was a badass trickster god. I glance down at the breasts poking my shirt out. How things have changed. Ugh.

“What have you got in the way of veggies?” Darryl Donovan continues as I return to the living room. He looks up from his phone. Pretty sure he’s listening to Amon Amarth in his earbuds. “I can whip up a mean vegan stir fry for dinner.”

Four sets of human eyes roll in sync, and moans emanate from every corner.

I point at Darryl Donovan. “If anyone goes psycho and kills everyone, it’ll be me because Darryl Donovan forced me to eat vegetables.”

“Nobody’s going psycho,” Gunnar Magnusson says. “We’ll be fine. If we have to make a quick run for perishables, I can go tomorrow. We have good company—”

“Good booze,” Alex interrupts and lifts a glass from the coffee table in salute.

“Good TV.” Darryl Donovan nods to Asgard Awakening, which has come back on after the mean news lady told us to stay inside.

“Good gods,” I mumble. “Pass me a WeedPop, Freddie. It’s gonna be a long two weeks.”