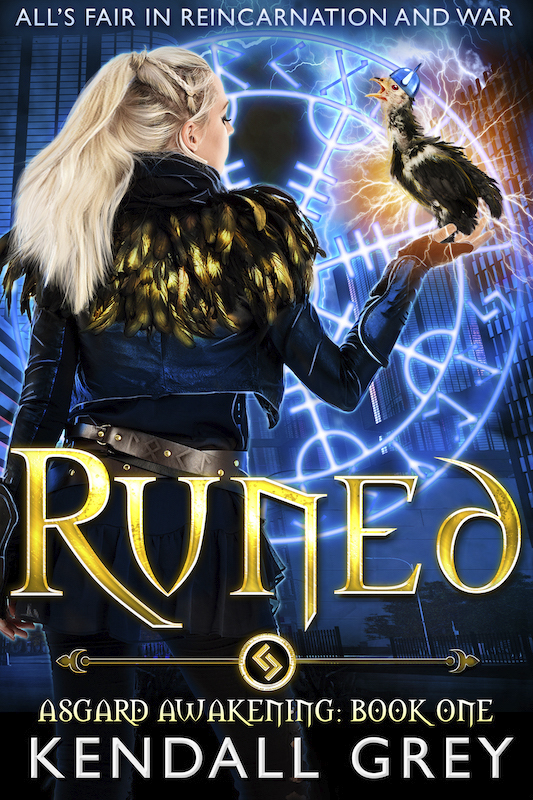 All’s fair in reincarnation and war

You’ve heard the stories of Norse gods. Thor. Odin. Ragnarok. I’m here to tell you they’re all true. I know because I was there.

My name is Loki.

A thousand years ago, give or take a century or two, I walked the Nine Realms with my brothers, spreading mischief and leaving behind a trail of broken hearts wherever I roamed. I built an unforgettable brand as the trickster god, the father of the Midgard Serpent, Fenrir the wolf, and even Hel herself. In my exploits, I may have accidentally on purpose triggered a bit of unpleasantness that led to the end of the world, but apparently, it wasn’t the end of me. Recently, the shield of ice that froze me in an arctic cage melted (thanks, global warming), and I clawed my way to the surface of a new world.

With a fresh lease on life and a rocking-hot body, I just need one thing: the rune that grants me immortality.

Oh, and a bra would be nice. These boobs really know how to get in the way of a good hustle. 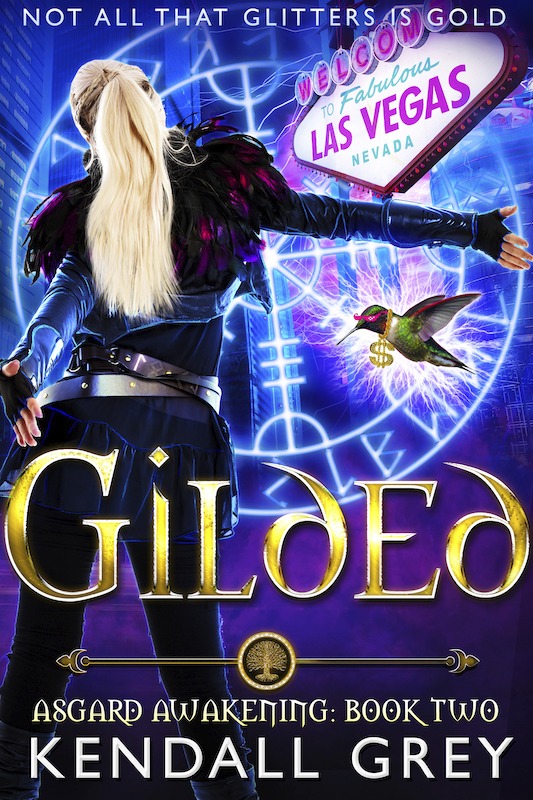 Not all that glitters is gold

I thought I was a goner after my old frenemy Odin dropped a Ragnarok-sized truth bomb on me at an Asgard Awakening (terrible show--don't watch it) fan convention, but the situation is contained for now, and I'm heading west to search for the runes that make me immortal. Dying is counterproductive, and I, the great god Loki, enjoy living in the twenty-first century, even if I have to do it in a body that prefers men over women. What can I say? Gunnar Magnusson is, as the cool Midgardian kids say, hot AF. We all make sacrifices.

But the unscheduled appearance of a foul-mouthed gangster hummingbird could pull the pin on Odin's ticking bomb and expose secrets that would not only destroy the first true friendships I've forged in centuries but also kill any chance of finding my runes.

Nestled within a golden kingdom called Las Vegas, the mysterious, gilded Nine Realms Resort and Casino is my only lead. It could also prove the biggest gamble of my life.

Pass the poker chips. Your favorite gender-bending trickster is going all in. 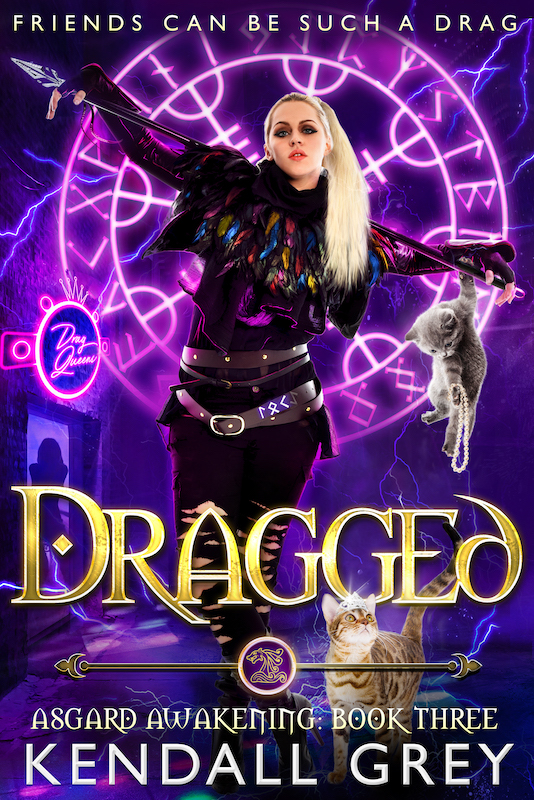 Friends can be such a drag

I still have boobs.

I'm also suffering from a health issue that has a 99.43% chance of permanently ending me (assuming the Norns don't get to me first). And I can't find my immortality rune. And the runes I did recover are playing fisticuffs with each other. And I've been cursed with an inability to lie. One by one, my new friends are turning out to be old foes. Oh, and did I mention I accidentally on purpose destroyed Odin's gazillion-dollar business investment, and now he's sharpening his spear for me too?

But I finally got a lead on another rune. With a trip to a drag queen pageant in San Francisco in my future, I just have to convince my friends Gunnar Magnusson, Freddie, and Darryl Donovan that they're destined to change the world in dresses and heels. That would transform this terrible Tuesday into the funnest Frigg-ing Friday since Ragnarok. 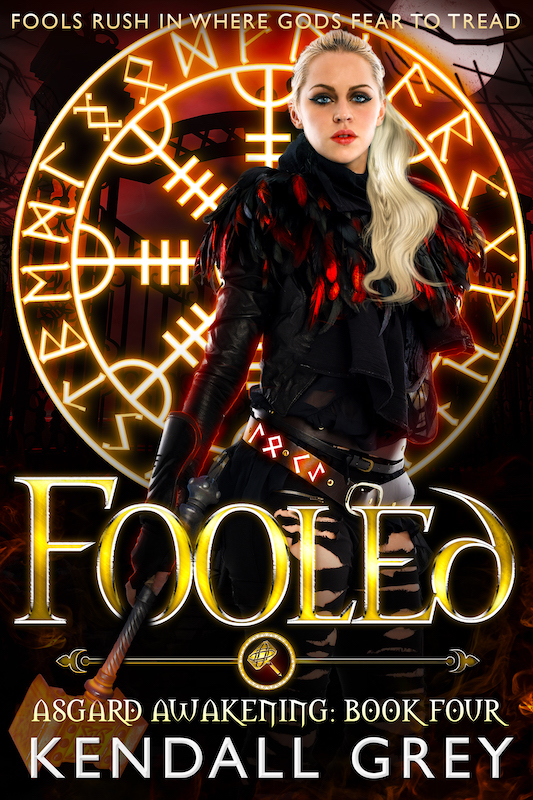 Fools rush in where gods fear to tread

Hear that rumble? No, it's not my stomach, though I could really go for a goat or three. It's Thor. THE Thor who threatened to knock my head off with his stupid hammer back in the Viking Age. As of ten minutes ago, he was also my buddy, but revelatory runes and pissy Norns have a penchant for crapping on the great (former) god Loki. If mortality is a thorn in my side, Thor is a spiked baseball bat suppository.

But my enemy-turned-friend-turned-raging-berserker-maniac is only the tip of my massive iceberg of problems. Thor's daddy Odin wants a piece of me, preferably the piece that keeps me breathing. Strange things are afoot at the Asgard Awakening television studio in Los Angeles where my friends and I are about to guest star on the popular program. With a sudden shift in control behind the scenes of the show, mysterious players are arriving on set, and nothing is as it seems. As destructive forces from my past resurface in a disturbing pattern I know all too well, I'm having second thoughts about restarting Ragnarok. My immortality is no longer the only thing on the line. It'll be game over for humanity (again) if the centuries-old feud between the Odin crime family and the House of Loki bleeds into the modern world.