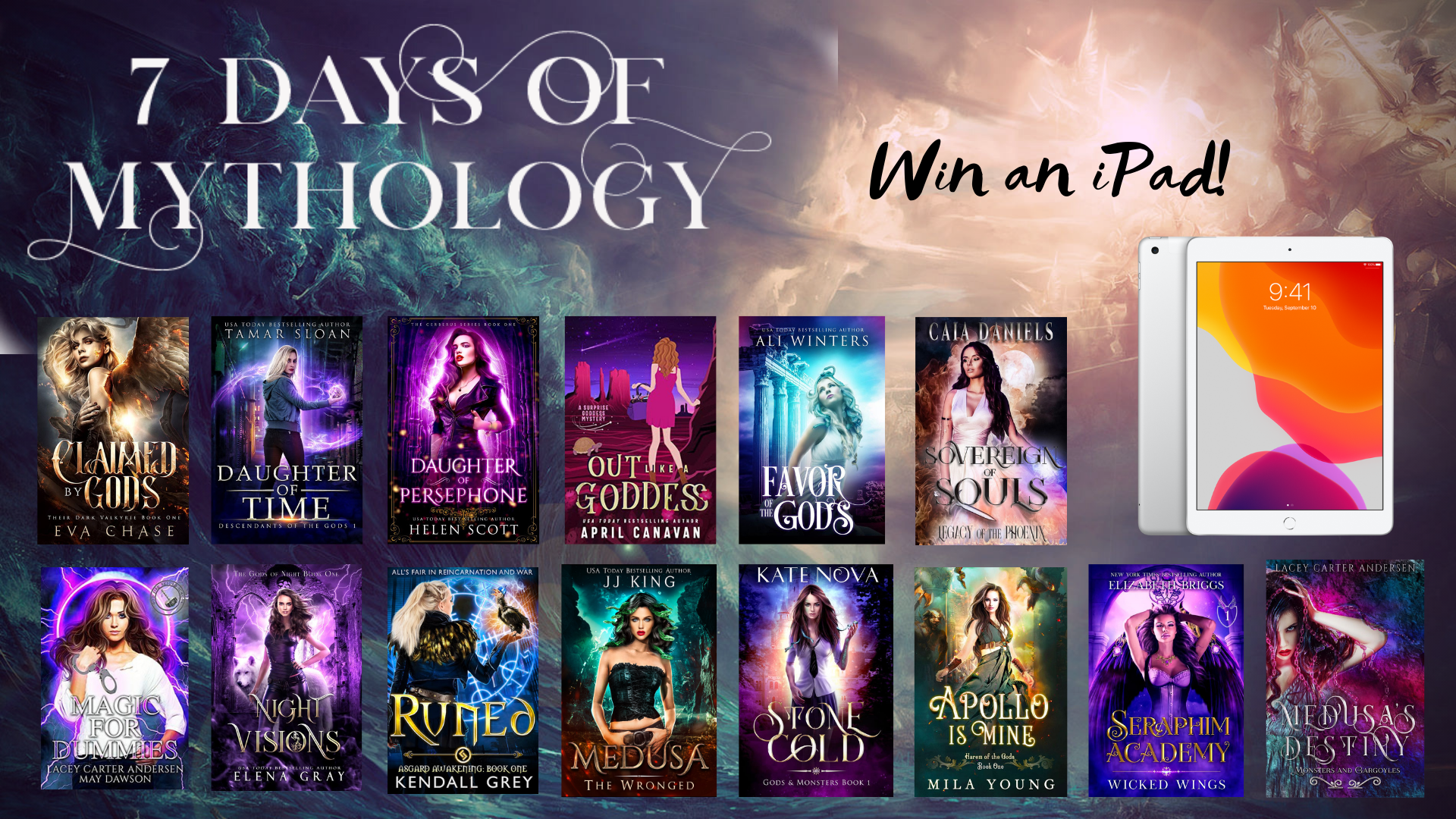 I, along with thirteen other urban fantasy/mythology authors, give you an iPad giveaway. Click the graphic to enter, and be sure to check out these books. Great stuff!

If you’re not interested in entering the giveaway, you can find the books on Amazon*:

Claimed by Gods by Eva Chase

Daughter of Time by Tamar Sloan

Daughter of Persephone by Helen Scott

Favor of the Gods by Ali Winters

Magic for Dummies by Lacey Carter Andersen and May Dawson

Medusa: The Wronged by JJ King

Apollo Is Mine by Mila Young

*These links include affiliate codes.